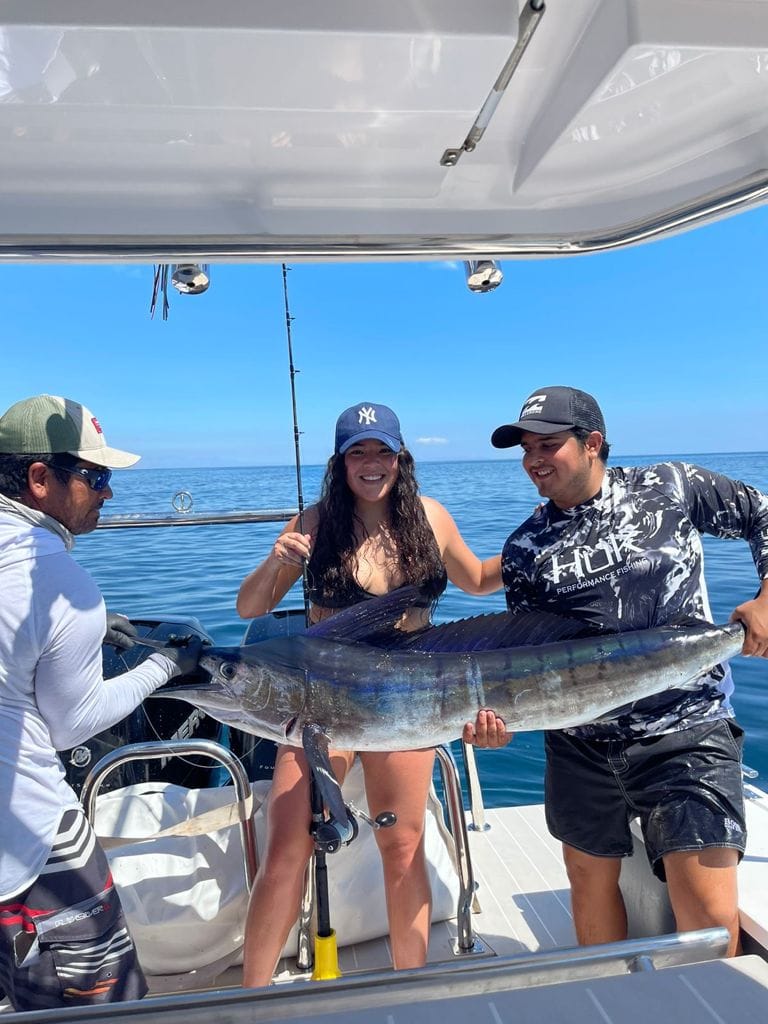 It’s definitely summertime fishing here in La Paz. Hot days with a light breeze late in the day. We are starting to see the tropical build up of thunderstorms in the afternoons. As we welcoming the much needed rain, the humidity can get a little sticky. The water is perfect, 86 degrees and crystal clear. 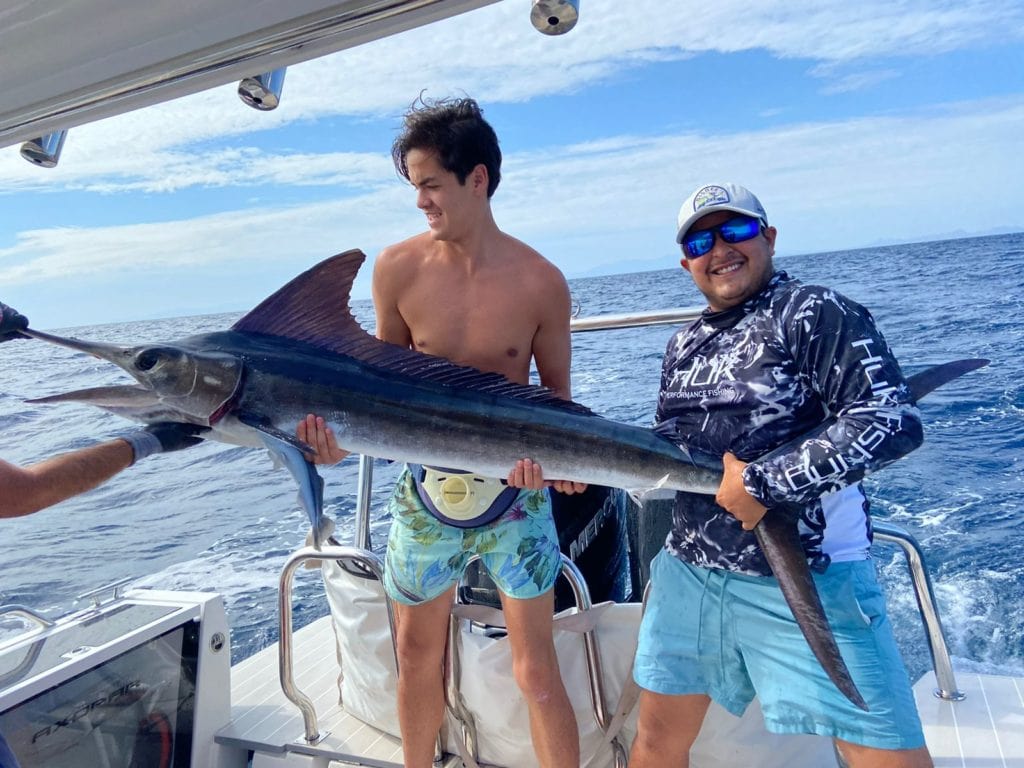 Overall this past week was much the same as the week before. Dorado and striped Marlin are the main event.
Regarding the Dorado there’s no point in trying to tell you where they are, because they are everywhere. Some are relating to floating structure some are just hanging out on the current lines and actually there are nice size fish right here in the bay. The size of these golden acrobats are ranging from 10-20lbs with the occasional larger bull being landed.
Trolling strips of bonito belly ,sardines or rigged ballyhoos are getting it done. In the same general area the striped Marlin and sailfish are feeding as well. We noticed large schools of flying fish and ballyhoo in the area, so that would be my guess as to why the fish are all hanging together. On the seamounts there is still good bottom fishing, Giant Cubera snapper and Cabrilla mainly on the yo-yo, though the hook up and landing percentage is tough. These fish are big and smart. They will rock you before you know what happened.
The Spearos are having better days out there, as well now that the sharks have finally moved on.
Still no sign of Tuna or Wahoo. I want to keep saying it’s any day now but I’ve been saying that a lot lately, and it’s not just La Paz. The reports all the way down south to Cabo aren’t favorable either. We have seen this many times when the Pelagic’s are just late coming in. When this is the case it doesn’t normally mean a short season it’s just pushed into the winter months. I will keep you informed.
The East Cape Bisbee just finished up. There were not a lot of qualifying fish caught but the winning Marlin was just short
of 600 lbs and the prize money was huge. 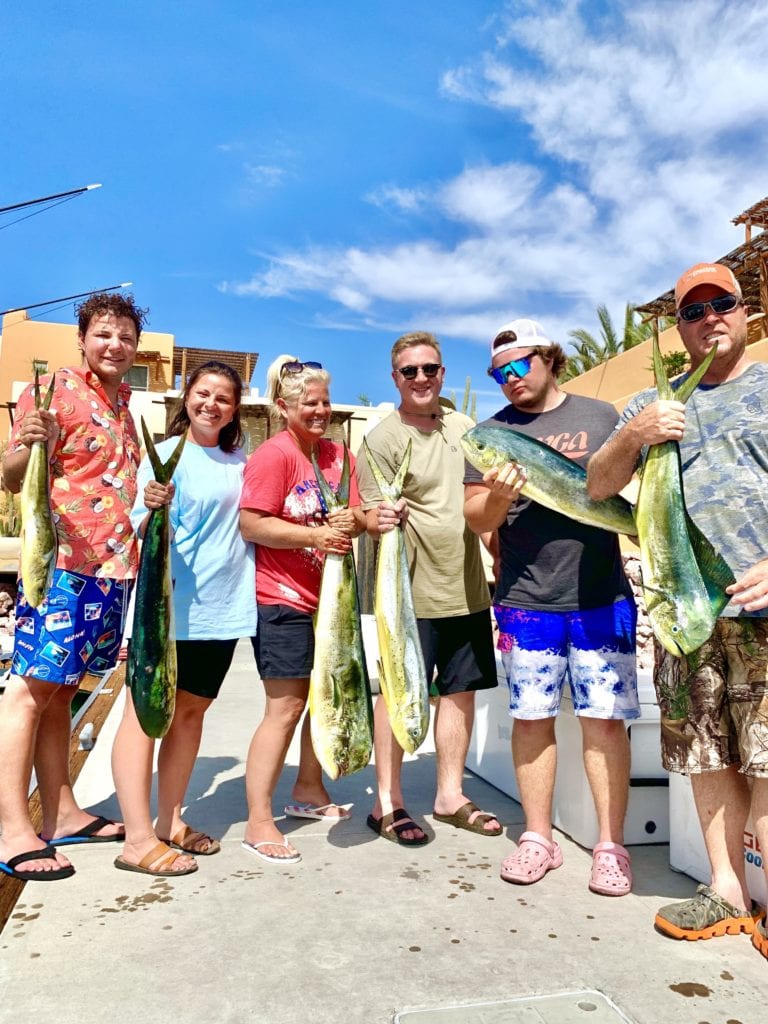 We have another month and a half of local charters for the 41’ Riviera then she heads over to Magdalena Bay for the fall migration and most incredible fishing of Tuna ,Wahoo and Marlin. These are multi day trips on the most prolific fishing grounds in all of Baja. What makes this trip so special, is you fish on a live aboard. By the time you wake up and have a coffee you are on the fishing grounds. In my experience my alarm clock is usually someone on deck yelling hook up.
This Starts in October and usually runs thru December. We provide everything you need transportation , food, tackle, fish processing everything. There are still open dates so if your interested please contact the office for availability and details. This is truly a trip of a life time. 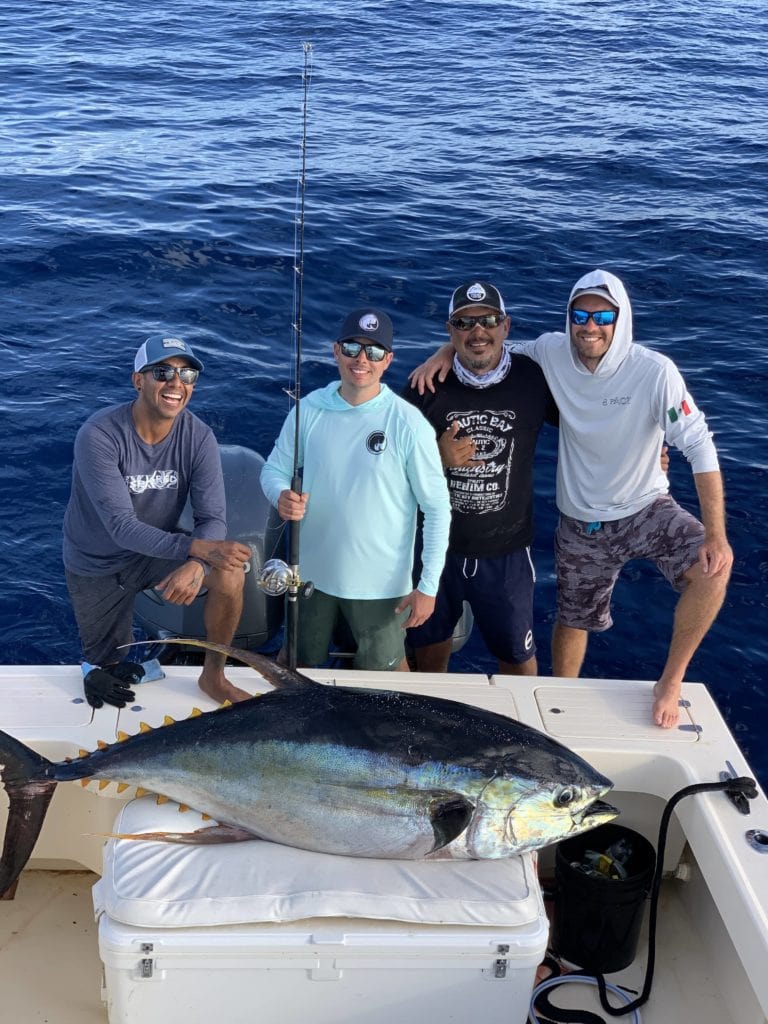 I guess we’ll leave it at that.
Please be careful and stay healthy
Keep the faith
Scotto.