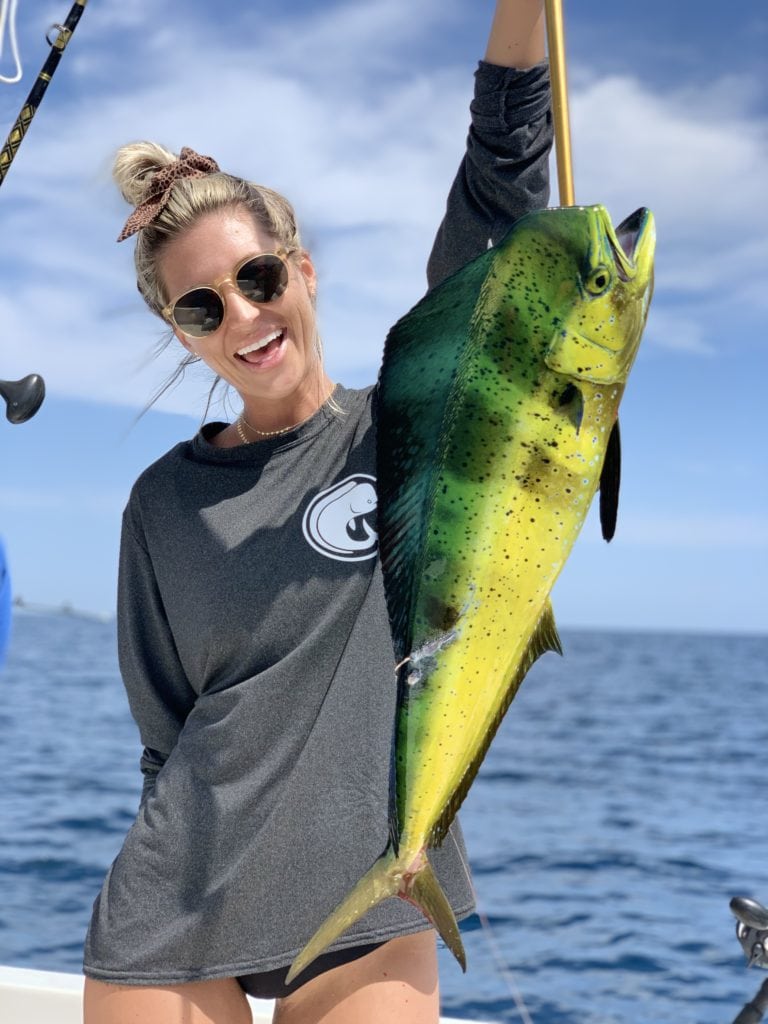 October is trying it’s hardest to act like October. The weather is still hot, I think this is the hottest October I can remember. That being said you can feel fall in the air in the mornings.
The water is starting to cool off, unfortunately it’s starting to cool off from 90 degrees so I think we have a couple of weeks to get to normal.
Sardines are available at Tecolote and a must if you want your fill of Dorado.
On the seamounts there are chihuil and Bolitos, if your captain can catch a few of these candy baits you’ll be way ahead of everyone else. 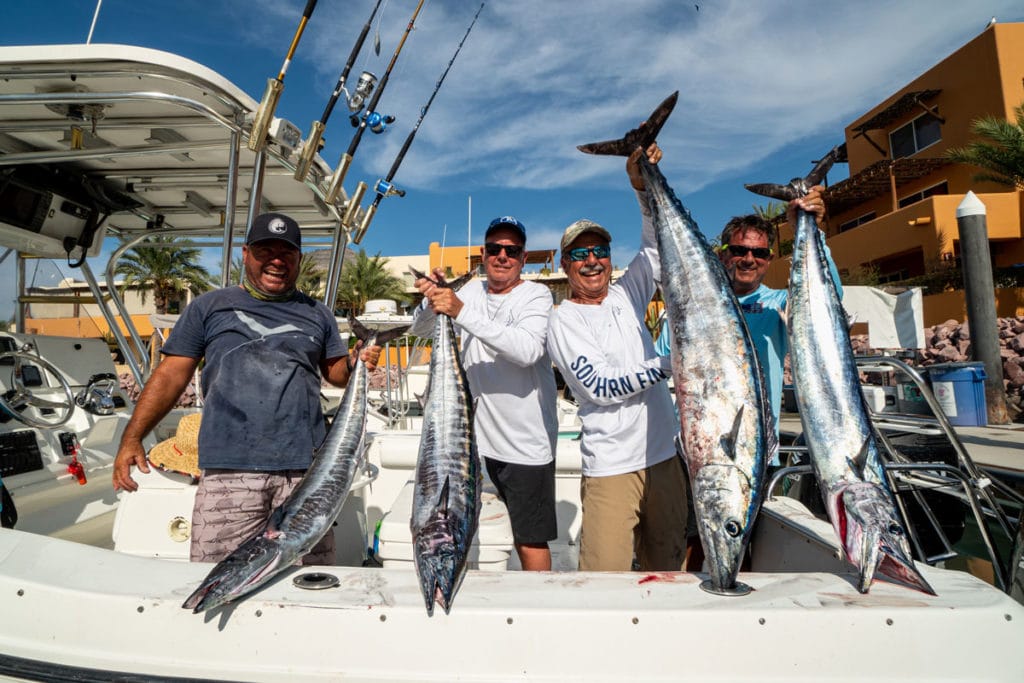 All week and still as I’m writing this we have had an epic wahoo bite.
These guys are eating all dark colored lure, Rapalas, Murauders and ballyhoos. Anything purple,red,orange and black are bitten. This bite starts early and is completely current driven. Ascending tides are the best bet, but as long as the water is moving the fish are biting. The wahoo are running 40-60 pounds and are mean as hell. Hooks are literally being ripped off the marauders. Chin weighted Ballyhoo on wire are killing it.
The Dorado are still everywhere. Most of these fish are schoolies with a couple of 30 pounders mixed in. Remember your limit is 2 per day, so let the little ones go and save space for the papas.
Striped Marlin are still around but not as many as usual. They had a good run a couple of weeks ago but seem to be falling off a bit. Hopefully their just taking a break and will get back on the chew soon. Typical bottom fishing has been good, Cubera snapper and cabrilla, best on days with little current which works perfect because the Pelagic’s are biting better on days with stronger current.
Still no tuna within our range. It’s hard to say if they came up earlier in the week with the wahoo bite so out of control that most most people focused their days on that.
All in all, we have had a solid bite all week and all who brought coolers are leaving with as much as they can carry. As I said the tuna have been extremely elusive as the water starts to cool down hopefully we will get a late showing. We still have plenty of time before the winds come up so fingers crossed. 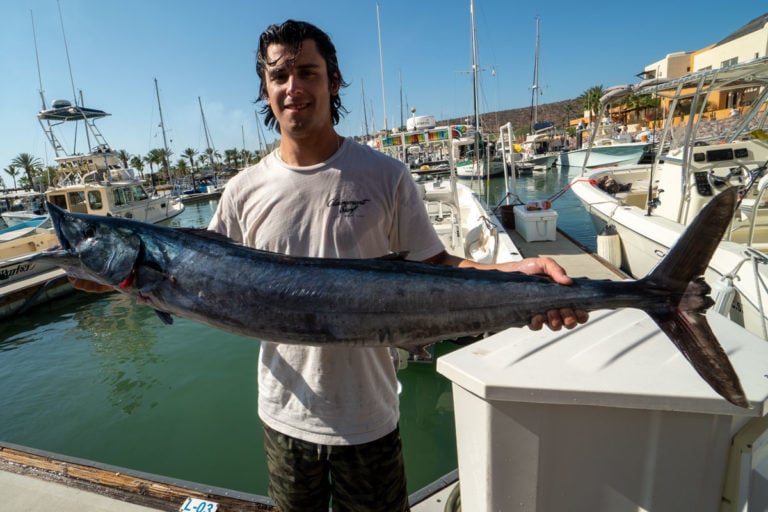 What a week it has been for all of our spearos, both experienced and beginners, everybody got plenty of fish this week, with charters carrying on over the weekend. Wahoos have been the mostly coveted shot, but pargos and snappers have also made their way to our fish cleaning station on their path up to the vacuum bags and deep freezer.

Magbay season is just around the corner and our 51′ Catamaran Pacífico will make it’s way around the peninsula and has a few charters lined up for the marlin run season and other fun adventures. 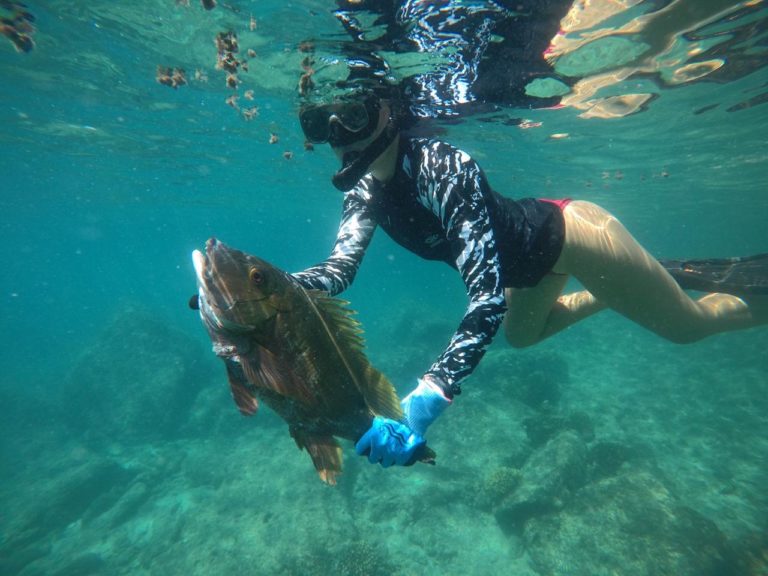 We’re really looking forward to that direct flight from Dallas to La Paz, hoping to make things easier for all of our friends who are planning to visit soon.

In the meantime, stay healthy, stay safe & Keep the faith 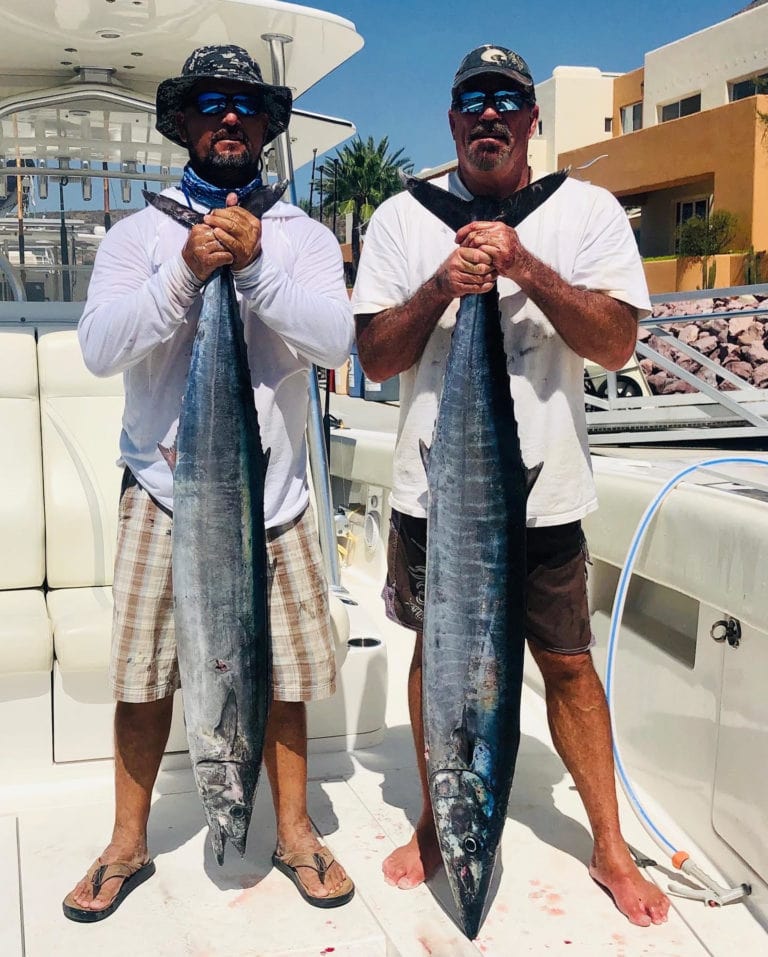