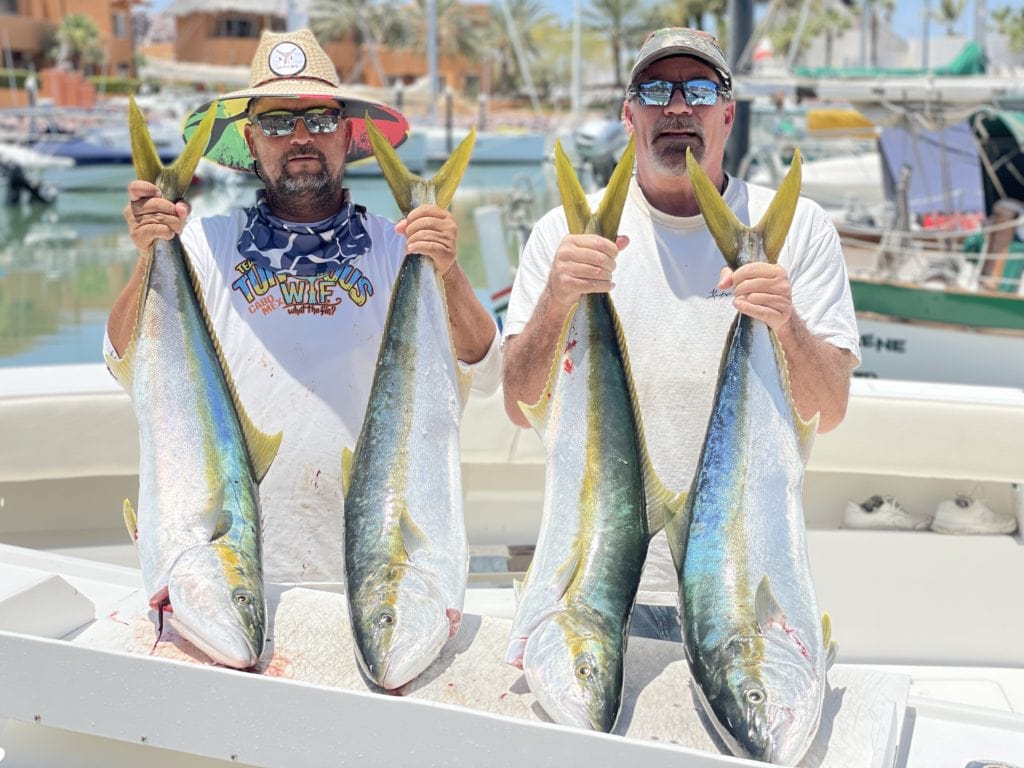 This week the yellowtail moved into the bay literally 10 minutes outside the marina. These fish were consistently some of the largest of the year averaging 25lbs with some brutes tipping the scales at 35lbs.
A few Dorado are being caught around the island near the sargasso paddies. This should continue to improve as the conditions continue to change to our summer pattern.
A few Almaco Jacks cousins to the AmberJack around the seamounts. This is the season for Pez Fuerte. So far they’ve been on the smaller size 20-30lbs but the 60/80 pounders won’t be far behind.
Cabrilla and snapper are hanging on the rocky high spots as they also are finishing the spawning season.