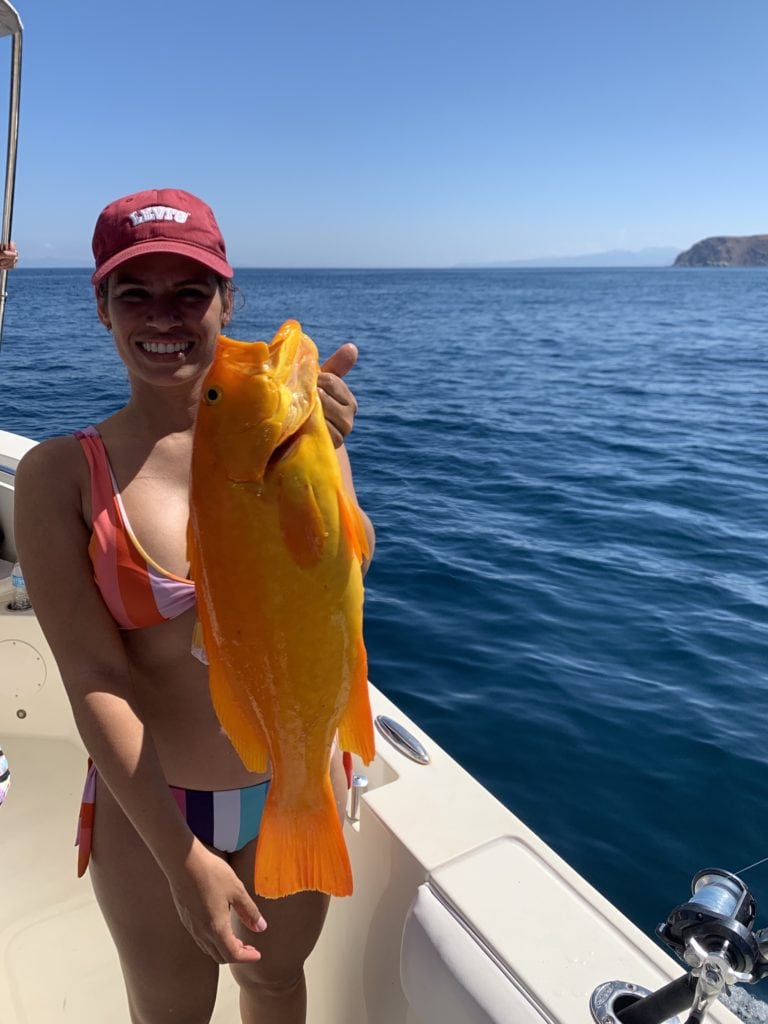 Fall Is definitely in the air, cool nights and beautiful days, but with everything that is going on in the world La Paz is surprisingly busy. The North winds have started up a little early this year, great for kite surfing not so great for fishing. Water temperatures are hanging in there keeping some Pelagic’s in the area but I’m afraid if the wind continues on the current pattern it won’t be long before we really start to transition into our normal winter fishery.
Not much has changed regarding bait availability. Sardines are in the shallows off Tecolote and macs and cabs should be in the bay in a couple of weeks. Dorado are still the main event. They are scattered throughout the entire fishing grounds. The bay is full of little schoolies but as soon as you turn the corner either Punta Coyote or Bonanza the Dorado are running in pairs in the 20-30 lb range. Trolling small lures any color or slow trolling live bait is almost a guarantee. Last year they stayed through the winter months hopefully this year as well. 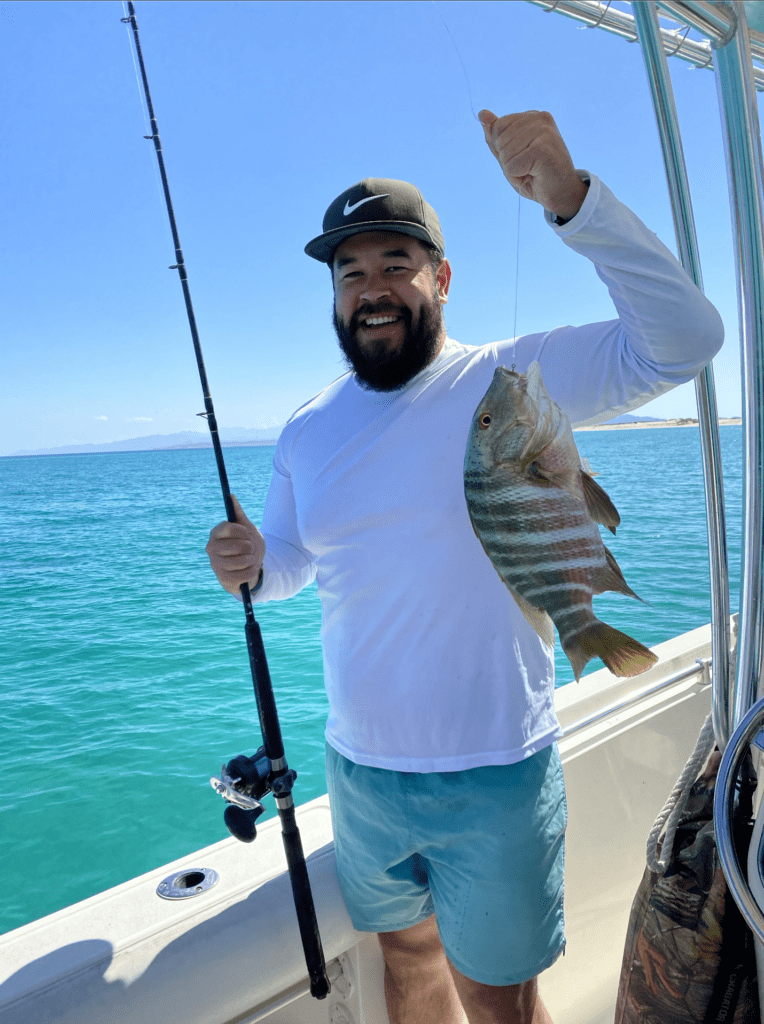 Our Wahoo season seems to be running out of steam. That’s not to say the fish are gone, they’re not. The bite is on most days but, it just seems short some days. The best bite is when we have the beginning of a flooding tide in the morning. More current more fish. The seamounts and the ridge off the North end of Cerralvo are producing the best fishing for these rockets, dark colored Rápalas or Ballyhoo rigged with wire and trap hooks are getting it done.
We spotted a few free jumping Marlin around the seamounts and in open water. Since we don not have big baits to pitch their way right now trolling lures or ballyhoo to entice a strike will get your ticket punched. Still no show on the tuna front. They may just be a no show this year, pretty unusual but I guess there’s been a lot of unusual this year. Late report tells us a tuna bite south of us has started, two fish over 300 lbs with pods of 60-80 lbs are starting to show.
This week we have moved part of the fleet to Mag Bay. The fishing in this part of the Pacific has been off the charts. The sardine migration, runs right thru this area, and large bait balls are already forming as I’m writing this. Wahoo, Tuna and striped Marlin are thick as thieves and on the chew.
We are starting to see the water conditions change with upwellings bringing colder water from the depths turning the water off colored. This process will eventually be the event that ultimately changes our season.
As every year we will start looking at the yellowtail/Cabrilla spots as the water cools and turns green. Last Spring we tried a different approach for the moss backs. We ran sardines off the down riggers rather then Mackerel. This worked incredibly well, especially when we had schools of mixed size fish. I think we will start the year using this technique and see how things go. 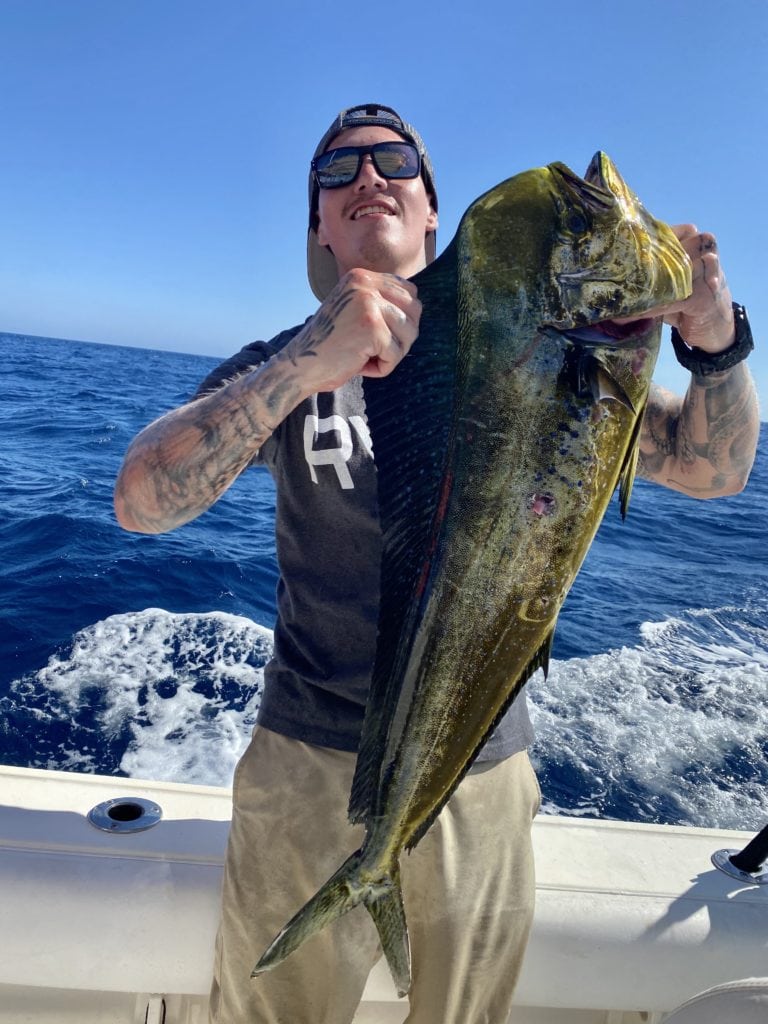 Next week officially starts the Whale Shark season. This is a great time to do this since the water is still warm and the visibility is much better. This is an incredible activity as these creatures are over 25 feet long and as docile as a house pet. Not to mention they are a 10 minute boat ride from the marina.
As a wrap the season is not over. We are still hopeful of some great fishing. The past few years we have seen the season start later and extend well past the new year. Fingers crossed.
Please stay healthy and be courteous to others. We are in uncharted waters. We are all brothers and sisters with more in common then we sometimes realize.
Keep the faith
Scotto