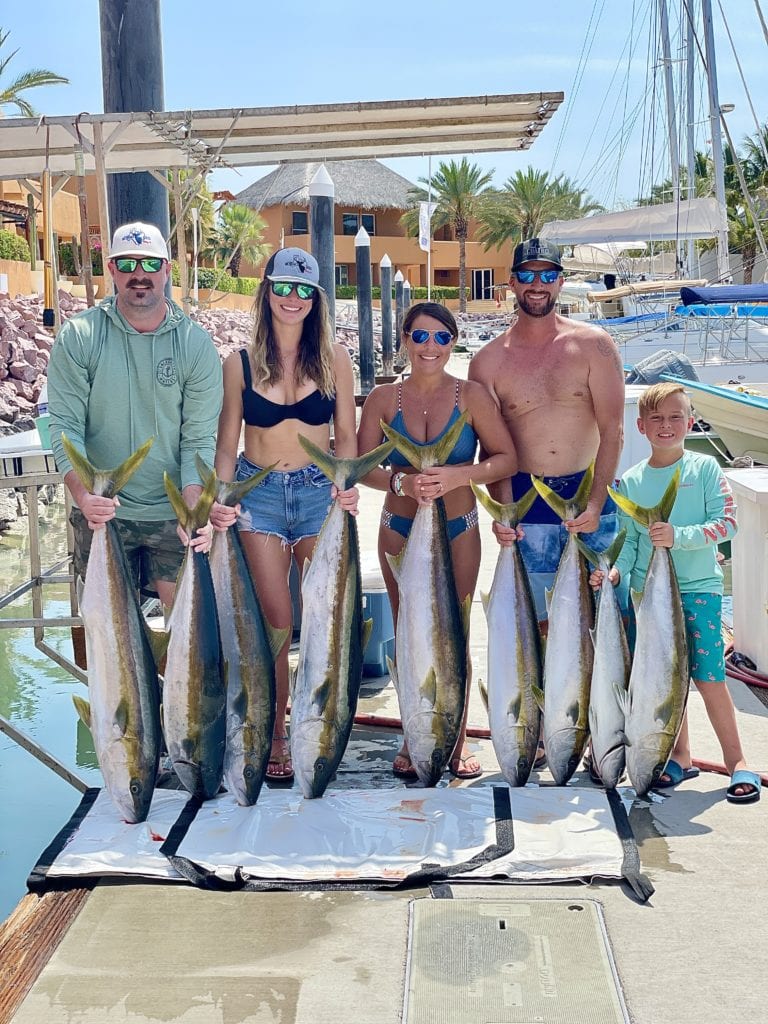 The city of La Paz and more so the Puerta Cortes beach resort are near or at capacity. The airport’s are packed and most restaurants are on

The weather has definitely changed. Just last week it felt like a typical spring day with cool mornings and warm afternoons. This week we

have warm mornings and hot afternoons. The winds are becoming more predominant southwest and less from the North.

The water temperature starting to warm up in most area’s with ribbons of cooler of colored water mixed in.

Both mackerel and sardines are plentiful as they have been all year. The sardines are almost the size of your hand and are available on the

way to the fishing grounds. 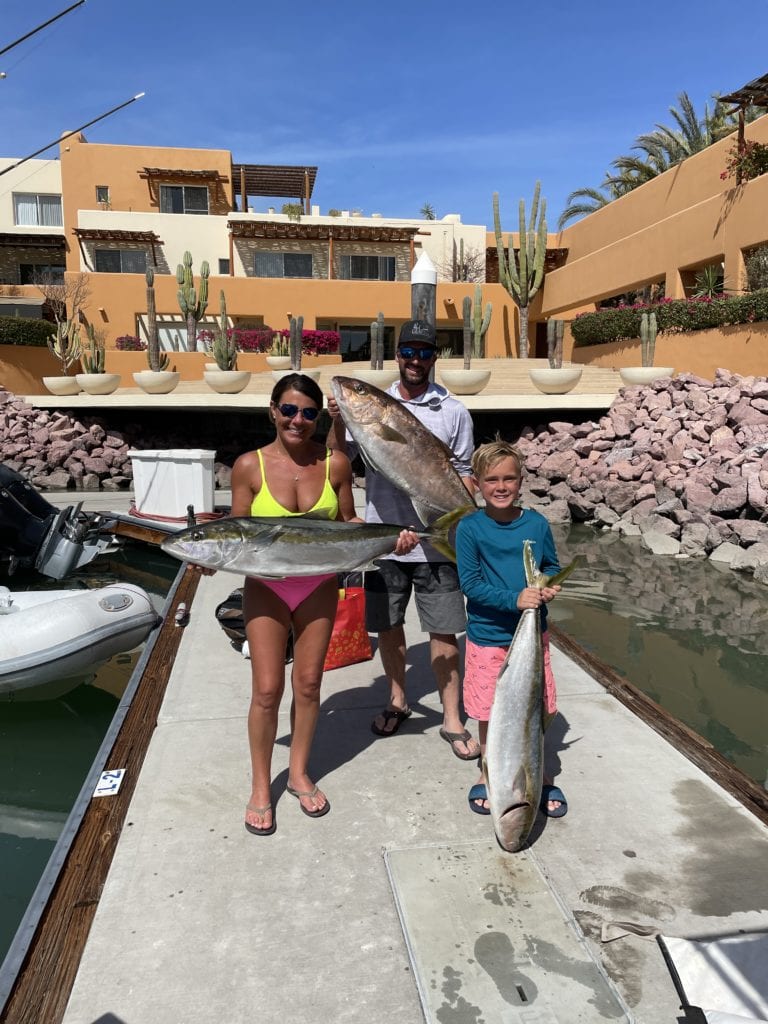 Fishing in general is pretty typical for this time of year, as we start to transition from the winter species to our summer pelagic fish. A few

nice dorado have been caught around the island mostly around the sargasso paddies. Almaco Jacks are starting to show up in numbers

around the seamounts. The Spearos normally find them first as they did this year. Now fishing more traditional methods on the seamounts

and the ridge out from punta Norte are scoring Pez Fuerte from 25-70 pounds. These are great eating and tremendous fighting fish, but the

real story for the week has been the yellowtail. Normally they are history by now and in the traditional spots that is the case, BUT there are a

few schools of fish literally 10 minutes outside the marina, not only large numbers but large fish. Perhaps the biggest of the season. Maybe

they saved the best for last. Most of our clients have caught their limits or are exhausted by 10am and come back to the docks. These fish

This bite is definitely late season. In fact last Saturday it looked like a boat show out there. I will be very surprised if this school hangs much

Inshore fishing has been good off the sandy areas as we are known as the rooster fish capital. Slow trolling live baits off the beaches in the

early mornings are proving to a solid bite for these finny critters pushing 40 lbs plus.

That’s it for the week, so far the year is setting up nicely. 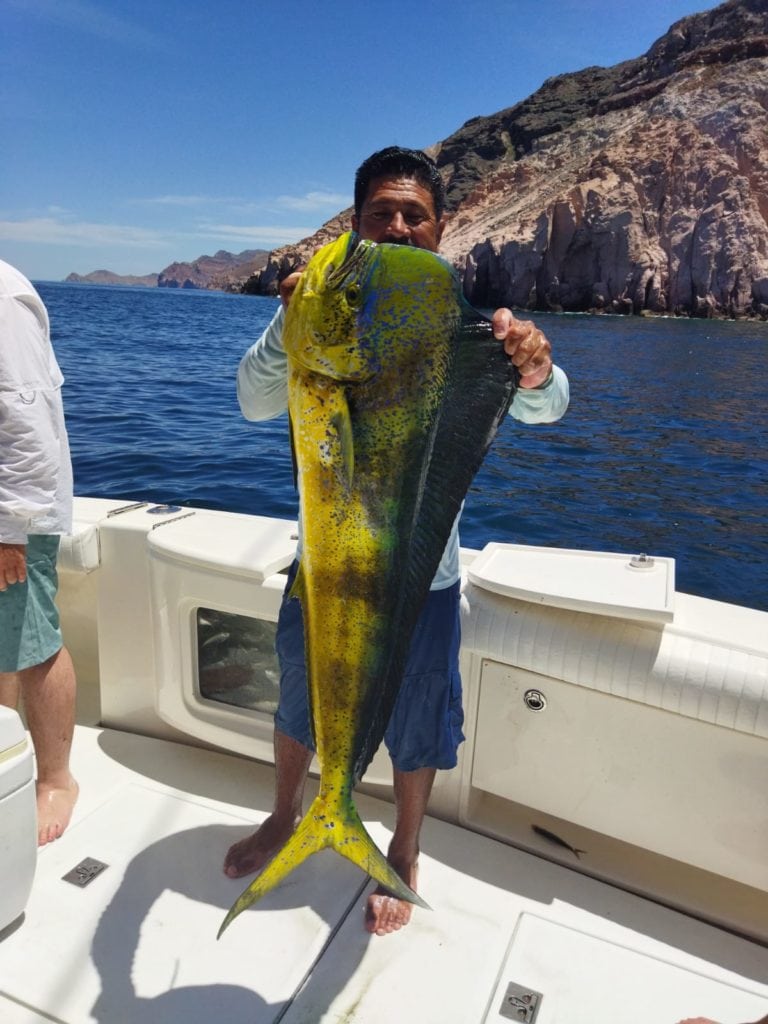