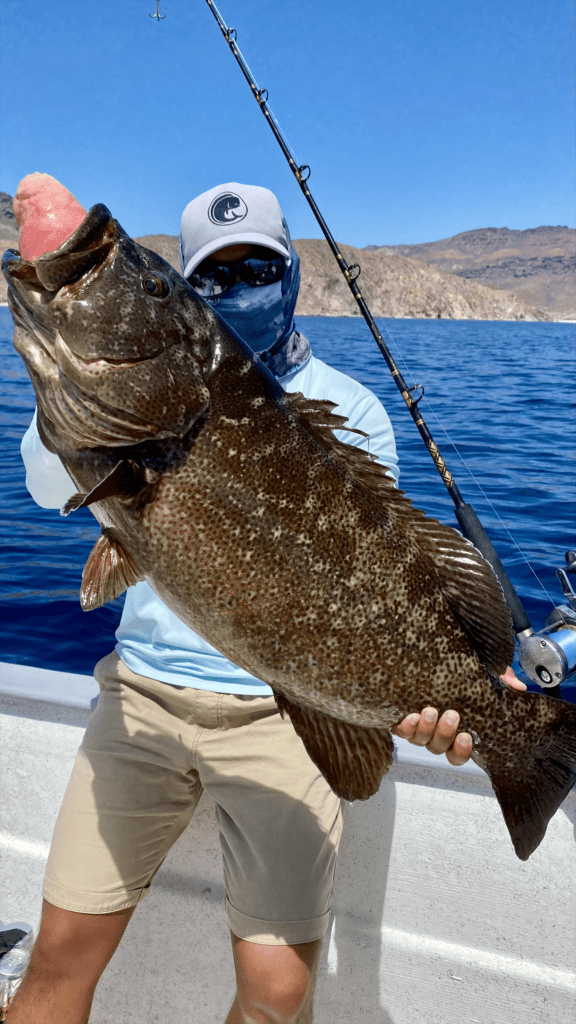 Hot,hot,hot. There’s no other way to describe late July in Baja . Fortunately the nights are cool, making for nice sleeping weather. Day time temps are averaging in the low triple digits with a slight increase in humidity.
As we were all hoping, the conditions needed for great summer fishing are finally here. The water temperature is in the mid 80’s and cobalt blue.
Bait is plentiful and literally everywhere. Sardines are available for purchase on the way out fishing as well as fresh caught ballyhoos. You need a day or two advance notice for the ballyhoo but it’s well worth it.
Massive schools of flying fish are only a couple of miles offshore. This bait is a favorite for, well about everything. Keep your eyes peeled for working frigates and you will find where the fish are feeding. 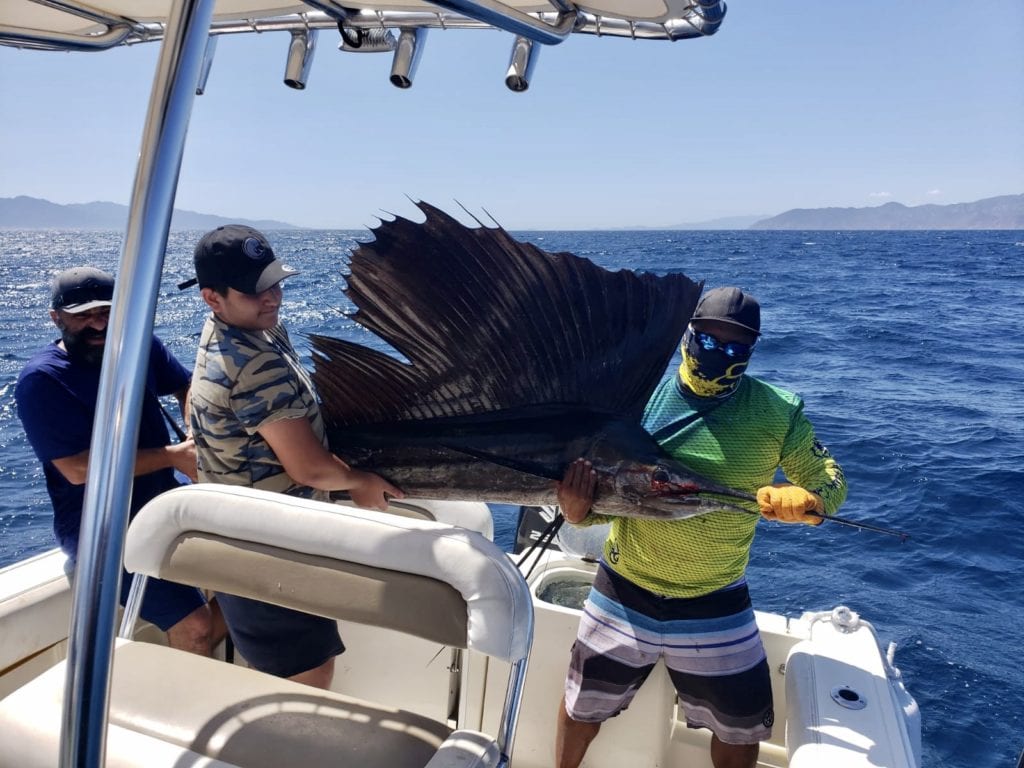 I think we can officially say the spring/summer transition period has ended. That’s not to say that all the resident fish are gone. We still have snapper, AmberJacks, grouper and the likes hanging on the seamounts but with this water temperature their time in range is coming to an end, it’s time to change gears.
Our guest are now mostly targeting Dorado which are so plentiful that it would make no sense to pass on this incredible fighting and most desirable eating fish. As I’ve said before the limit is 2 per angler so don’t waste your time with the little guys. Let them go and grow up. They’re are plenty of fish in the 20-40lb range.
The striped Marlin are abundant but, seem to have a little case of lock jaw. They are both jumping or tailing all over the place, so whatever is keeping them off the feed can’t last too much longer, they’ll get hungry soon.
We have had limited success with the larger species of bill fish. We had a blue released last week pushing 350lbs and a few smaller in the 200lb class. This is very early in the season for these fish so don’t be discouraged. Honestly it’s a great sign of things to come, as they are normally not here until September/ October.
The north end of Cerralvo, punta Norte has been holding huge schools of the Mexican white bonito. These fish are a great fight on light gear and excellent eating, similar to tuna. Not to be confused with their larger cousins the black bonito, which are a great fight but taste like sh**.
We’ve had a few reports of Wahoo. Some of our more experienced Spearos have had success. Their numbers will increasing as the water temperature stabilizes in the mid 80 range. 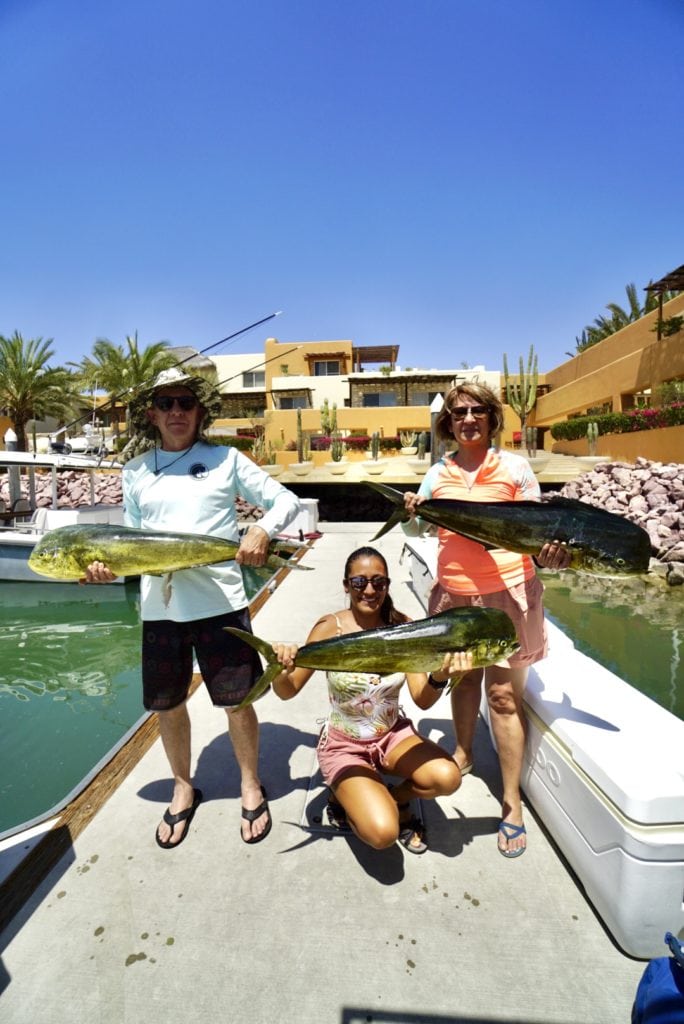 The good news is we are finally starting to find schools of porpoise offshore with in range of our daily trips. The bad news is they are not holding fish. I hate to jump to conclusions on this but with the amount of porpoise with out tuna is alarming and usually indicates the seiners are getting to them before the make the turn North. This is a battle we fight every year.
The best we can hope for, is they miss a few schools which is all we need to to enjoy a great season of tuna fishing. Anyway this matter gets my blood boiling so let’s move on. We have reports of tuna 60 miles South of us. We hope these fish move North undetected by the seiners. If so I would expect out tuna season to start anytime. 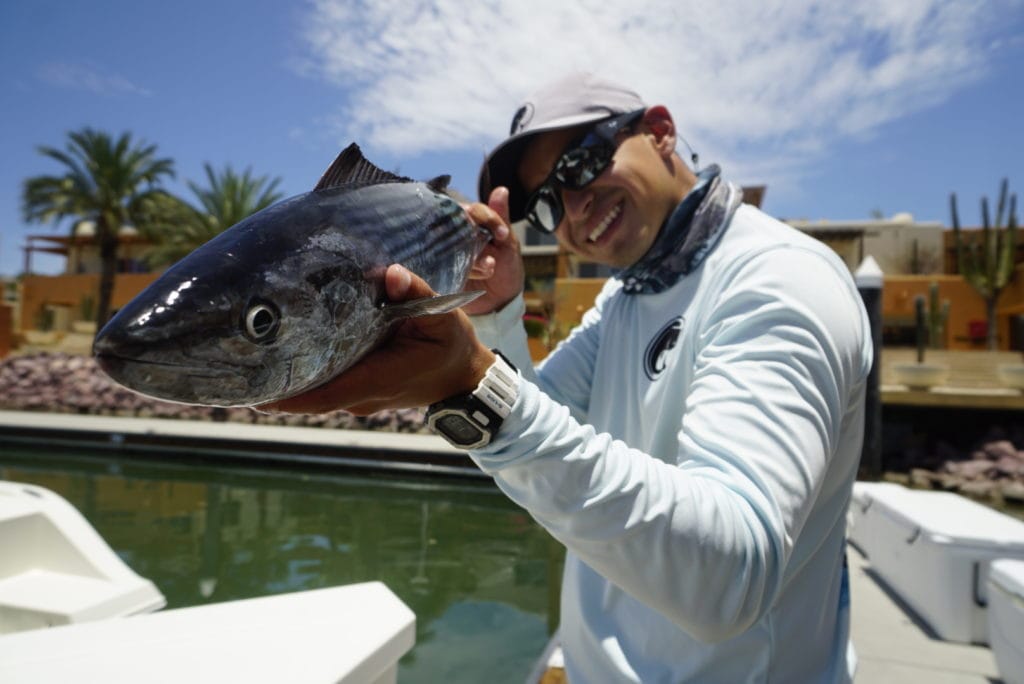 Anyway fishing is developing nicely. Short of getting whacked by a storm or cold water upwellings I think our best days are ahead of us.
Please be safe and hope to see you soon.
Keep the faith
Scotto.