With summer vacation coming to an end the crowds have lightened up considerably. The weather is actually been pretty nice considering August and September are by far the hottest and most humid months of the year. Normally we curse the wind but, this time of year we pray for it.
A quick reminder this is also the time of year when we get micro storms called Toritos. “ little bulls” these storms are not forecasted and can pop up at anytime. I’ve personally been in a couple of them over the years. They can be super intense and dangerous. If your captain sees one starting to build up he will head straight for the barn, don’t get mad at him he’s just trying to save your butt.
Sardines are plentiful and for sale at multiple locations on your way out of the bay. In a general sense the water is great ranging between 82-85 degrees with great visibility both inshore and offshore. 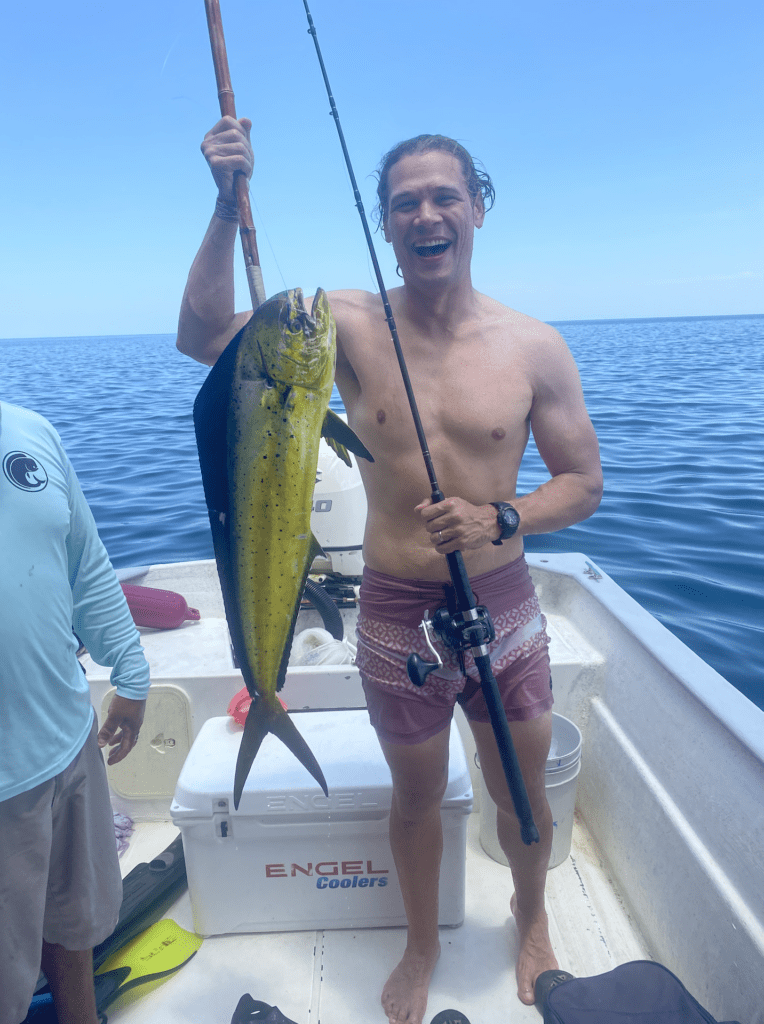 The Dorado are still the main event with the largest concentration in the San Juan area around the buoys. Most days limiting out early is not a problem.
Unfortunately after your done there’s not much else going on. Actually it’s been a bit of a scratch for most pelagic species.
There has been some limited activity around Punta Norte for Wahoo. Nothing crazy. The problem there is if you start your day fishing Dorado at San Juan de La costa Cerralvo island is too far for your second stop.
We had a couple charters this week run all the way out to the south end of Cerralvo including the 88 bank. This is approximately 110 miles round trip and they were skunked. Long boat ride for nothing.
The tuna are starting to settle in around Inman bank. This is a great sign. This is way out of our range but hopefully they will continue to move North. The Billfish have also become scarce. An occasional sailfish or Striper but even that has slowed down.
Over all the week has been somewhat disappointing, fortunately the only thing that is consistent is the fishing is inconsistent. So next week can and will probably be completely different.
Today there was a tuna tournament at La Rivera. When we get the results from the tournament we should have a better idea of the tuna migration.
I wish I could tell you more but that’s the scoop.
Since school start next week I would anticipate lighter crowds in the coming weeks. Light fishing pressure is normal a positive thing. We’ll see, Have a great week and be safe.
Keep the faith
Scotto