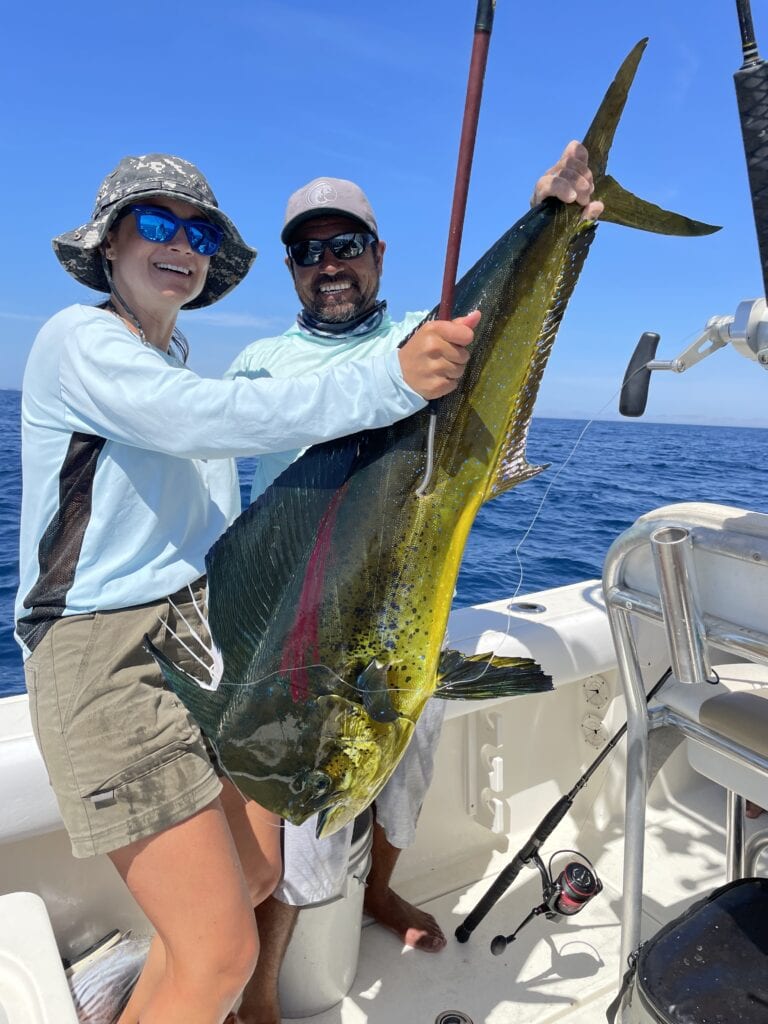 This week was a bit quiet. We had a lot of beach trips and island activities but not much in the way of fishing. I guess in this heat the beach seams pretty tantalizing. We are definitely starting to see more tropical conditions in the way of humidity and late afternoon thunderstorms.
If we are to get a storm this season, from now until the end of September is when it usually happens.
The water conditions are pretty good with the surface temps holding in the low to mid 80’s with good visibility. Bait and is plentiful both larger baits mackerel and caballitos back in the bay and sardines at Tecolote and partida. 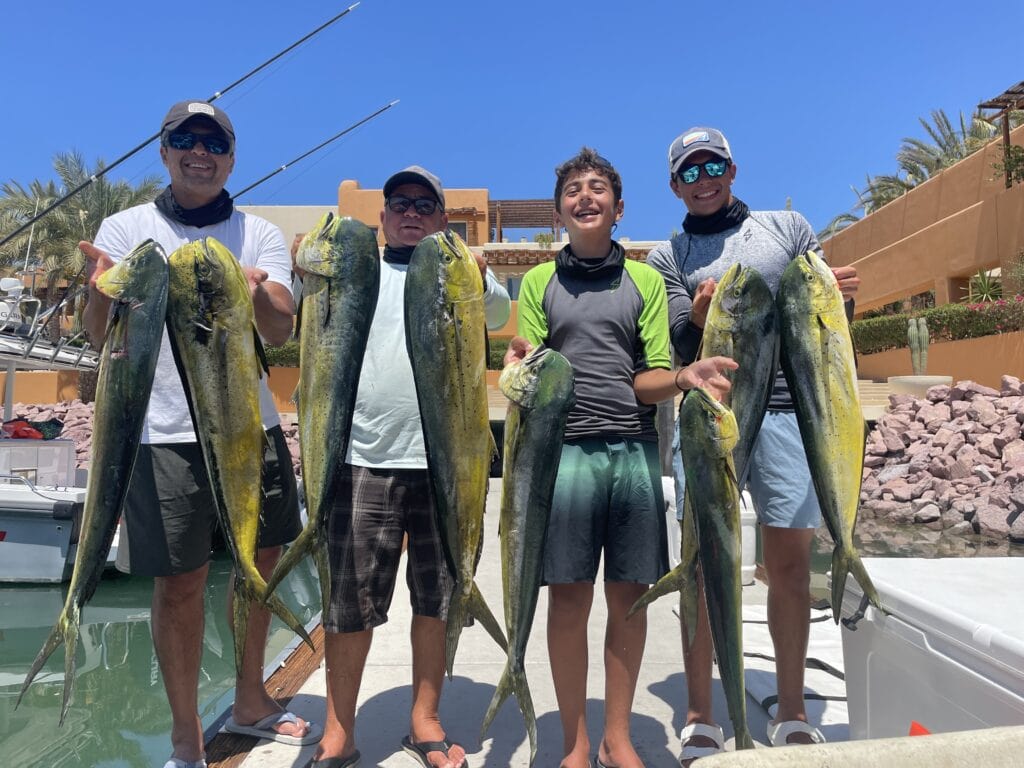 The Dorado once again seem to be the most cooperative. Though they’re not scattered you can pick up a fish here and there by trolling small plastic lures but, the majority of the activity is associated with either floating debris current lines and buoys.
This past week San Juan De La Costa was on fire. Just pull up to each buoy pitch a couple of baits. If no one’s home move to the next one. Eventually the water will Erupt with dorado competing for the freebies, its probably the only stop you will have to make before limiting out in an hour or less. There’s a good mix of both cows and bulls ranging from 15-20 lbs.
A little further out on the seamounts big Cubera snapper are on the chew. Chunking fresh mackerel in 80-150’ of water will get your ticket punched. These toothy critters are running 30-50 pounds.
Further offshore the stripe Marlin are on track. They seem to be hanging in small pods of 3-5 fish so doubling up is not uncommon. In fact they will follow your lure right up to the swim platform when you’re trying to clear your lines. Most of the Marlin are released to fight another day.
I hate to say the tuna have been a disappointment so far this year. Not only are they not coming into the seamounts which by now they are usually making a home for the next few months but they aren’t under the schools of porpoise either.
This past week we found two large schools of spinners 35 miles offshore both without fish underneath. We still have time for the tuna fishing to develop but it’s starting to look a lot like last year which wasn’t a great year for the yellowfin.
There’s been some reports of Wahoo on the south end of Cerralvo. We will keep an eye out as the Spearos pretty much dominate the water down there. Forcing the traditional fisherman to expand their trolling area pushing the boats off the structure. It doesn’t normally take long for the skinnies to make their way to the north end of the island where spear fishing is much less popular.
We had the East cape Bisbee last week. I heard one qualifying fish out of 97 boats 3 days fishing. A bit too slow for my taste.
Anyway for the most part fishing has been good and the weather conditions more then exceptional, if you don’t mind a little heat.
We still have about a month left here in La Paz for,multi day trips before we start moving boats over to Mag Bay for the fall wahoo,tuna and just about everything else that swims season. Please check in at the office if you have any interest. It’s truly the best fishing you will ever experience.
All and all everybody’s catching and those who choose are bringing fish home.
We have a busy week next week so we,will see how things develop with more boats on the water.
That’s it for the week
Keep the faith
Scotto