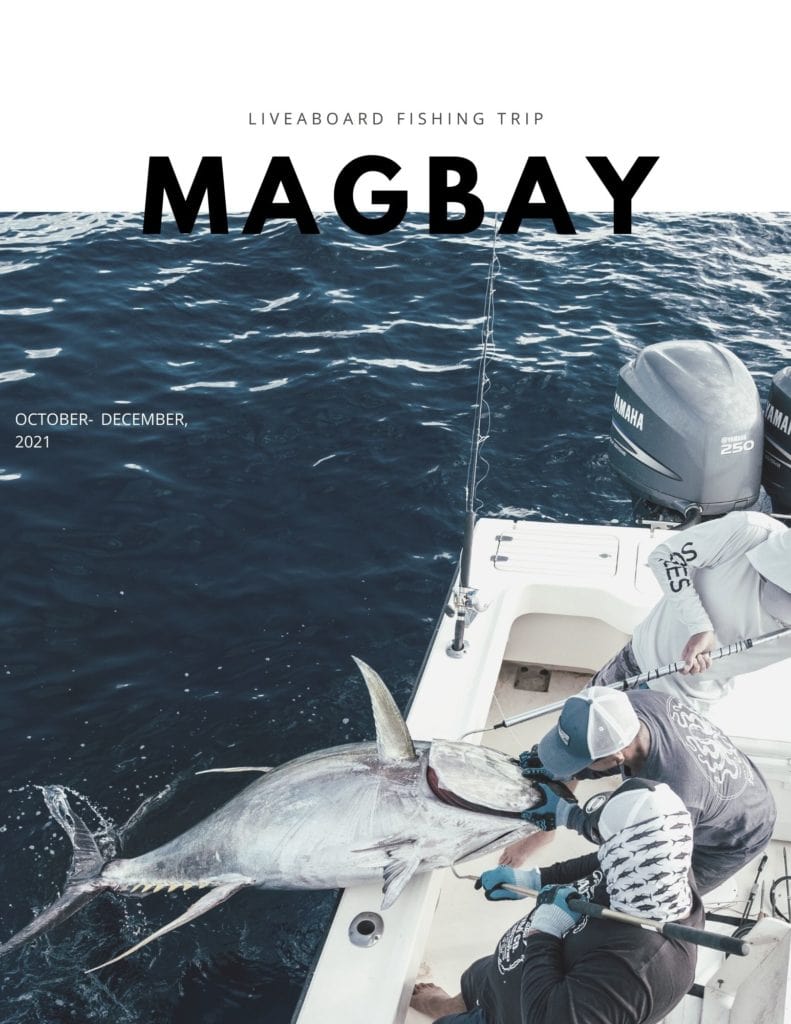 Every year from October to December is our special season to fish in the Pacific Ocean. Fishing or spearfishing, both inshore and offshore of MagBay is some of the best in the world. The huge variety and numbers of fish make this fishery unique. Onboard our Riviera 43′ you will be able to fish and have all the comfort at the same time. Don’t miss this experience! Ask for available dates. 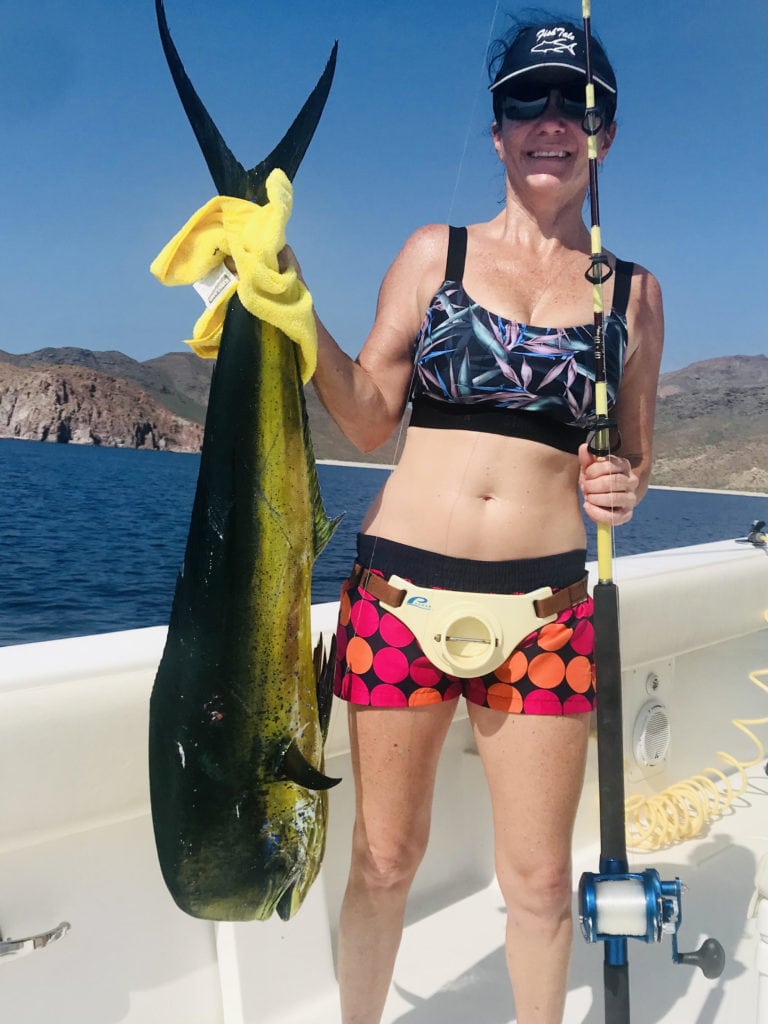 Usually the Dorado are in pairs but many times they’re in schools of 8-10 fish. Since we are now later in the season the fish have had time to put on a few pounds, so 15-25 pounds are common.
Inshore fishing off the points or rocky areas are still giving up Pargo and cabrilla as well as trigger fish and large pacific Bonito. All are great eating and a blast on light tackle. Regarding the Bill fish action it’s just plug and play off the seamounts, El Bajo or El Charro or the East side of Cerralvo Island. The Striped Marlin aren’t huge but scrappy. The bigger guys should be moving in soon. Especially now the tuna are working their way up.