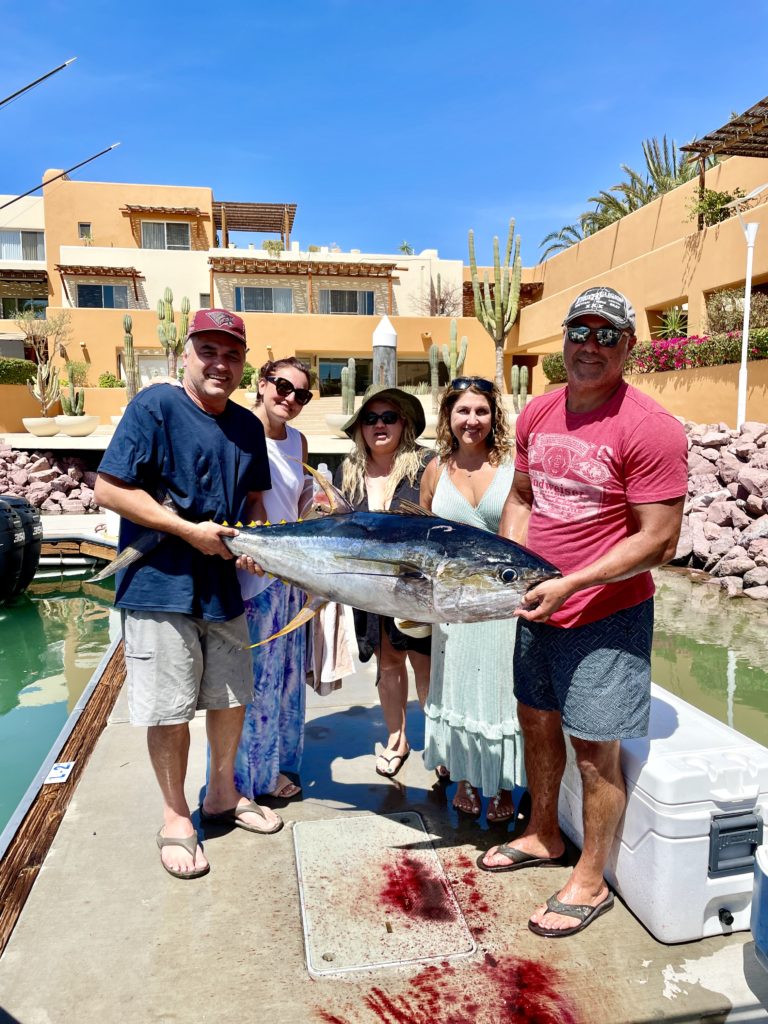 With tropical storm Celia far offshore and headed out to sea, it’s kicking up some wicked hot and humid days. For most of the week there has been little to no wind which is great for the ride out but doesn’t offer much relief from the heat.
The bait has regrouped both large baits back in the bay and large sardines by the island.
The water seems to be improving from last week although it is still green inshore clearing and warming up the further offshore you go. 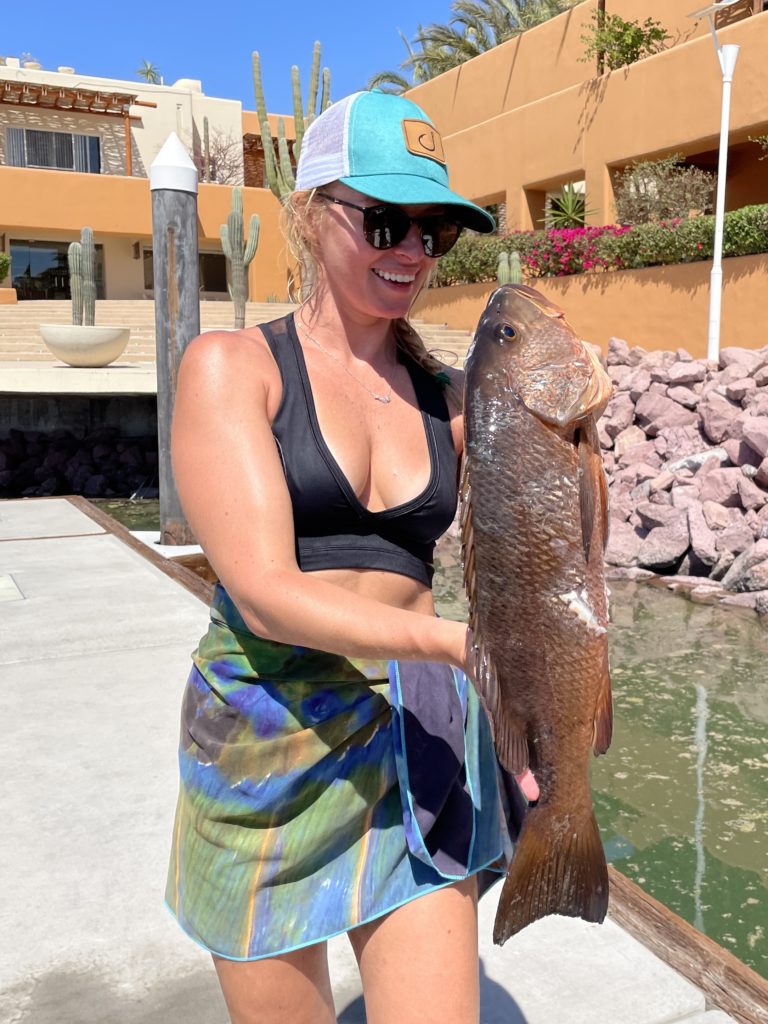 For the most part the variety of our catch is the same as last week.
Yellowtail and quality size AmberJacks are still the main targets, yes even as we approach July. Cabrilla and most varieties of Pargo as well.
Just off the corners of the seamounts large schools of the Pacific Bonito, the one that are great eating are stacked up and willing to eat anything you throw at them.
The Dorado are pretty much spread out follow the signs, birds, current lines or find floating sargasso paddies and you should find the DoDo’s. Trolling plastics , sardines or rigged ballyhoos. Cover as much water as possible.
July 10th is the annual Dorado tournament here in La Paz. This will be a big event attracting more then 100 participants. We’ve had a number of Lg fish caught this year so I would expect this to be an exciting tournament.
Still nothing on the wahoo front. It’s still a bit early for these toothy critters but no signs yet.
On Saturday we did have our first season Tuna caught. Actually they were fishing for other species when they spotted tuna chasing the live bait chum. I didn’t see the official weight on the dock but it looked,approximately 80-100lbs. I don’t want to give all the secrets away but this fish was caught in the same area as 2 years ago, that gave us an all summer bite.
Roosters are still available mostly in the coves with sandy beaches. They are active early in the morning then seem to disappear as the sun and surface temp rise.
When the winds not blowing inshore surface action on light tackle, poppers, assorted swim baits has been very productive for a wide variety of small grouper, snapper and Snook.
That’s the week.
Keep the faith
Scotto